Why are WV Governor Joe Manchin and his cousin appointee WV SBA Director Mark Manchin violating state policy by funding a new elementary school at a hazardous site in Morgantown? 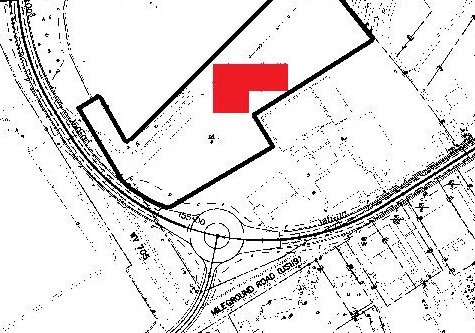 VIOLATES THIS POLICY, IN THE EGREGIOUS AND MULTIPLE WAYS QUOTED BELOW:

b. Noise, toxic gas escapes from … odoriferous plants or industries …

f. Situations where a combination of factors such as those presented above could contribute to the possibility of human entrapment…”

Come out to the road expansion meeting, at North elementary school Thursday, per below. The expansion will move and drop the greatly expanded intersection of WV 705 and US 119 virtually onto the front doorstep of the intended new green school on the Mileground:

The Greater Morgantown Metropolitan Planning Commission (GM MPO) and the West Virginia Division of Highways (WVDOH) will be holding informational public meeting on September 30, 2010 at the North Elementary School located at 825 Chestnut Ridge, Morgantown, WV.  The project consists of improving WV 705 near Morgantown to either a 4 lane or 5 lane facility or a combination of the two for approximately two miles from Monongalia County Route 67 (Stewartstown Road) to the intersection of US 119 and Monongalia County Route 857 at Easton.  The public meeting will present information on various alternatives comparing how they operate  using micro-simulation and congestion oriented measures.  GM MPO and Highways officials will provide information, including a handout, on the project.

The scheduled public meeting is from 4:30 to 7:30 p.m., with presentations made at 4:30, 5:30 and 6:30 p.m.  The public will be afforded the opportunity to ask questions and give written comments on the project throughout the meeting.

Those wishing to file written comments may send them to Bill Austin, AICP, Executive Director, Greater Morgantown Metropolitan Planning Organization at 180 Hart Field Road, Morgantown, West Virginia, 26505 on or before October 30, 2010.  Also, project information along with comments can be given on the WVDOH Website at www.transportation.wv.gov and at www.plantogether.org.

Senate candidate and Governor Joe Manchin also serves as the President of the WV School Building Authority, to which he appointed his cousin Mark Manchin as Director. In April, the SBA awarded $8.6 million dollars (with millions more still to come) for a new elementary school to be built at this hazardous site pictured above that blatantly violates WVE Board of Education policy 6200. The newly hired WV Director of School Facilities, Mike Pickens, recommended construction of the new school at the site above to the WV Board of Education which approved the new school this summer, in clear violation of their own policy. There is apparently no existing public record that any of these officials ever considered whether or not the site is a policy 6200 violation, which it obviously is.

Tens of thousands of vehicles per day on not one but two “arterial highways” and “heavily traveled streets” at one of Morgantown’s epicenters of “traffic and congestion” – the intended school drive plugging immediately into the intersection of these two traffic arteries, the school building to sit well within the scientifically proven pollution zone that poisons little children, and which causes California to ban schools built within 150 meters of high traffic roads, and which West Virginia state Board of Education policy 6200 bans.

Governor/President Joe Manchin and Director Mark Manchin and other state and county officials, why do you approve of this literally poisonous and sickening violation of state policy?