So much for former BOE President/current board member Nancy Walker’s claim that a school on the Mileground would allow the children of the trailer park to walk to the new school. The school instead ensures the eviction of an unreported number of children in the trailer park.

Most of the park’s residents, [Monica Milburn] said, are low-income or on disability. Milburn is a single mother of four children, ranging in age from 10 to 3. Her three older children attend Woodburn Elementary.

“I was excited about the new school,” she said. “Now I’m frustrated. All of us could be basically homeless in 90 days. I’m not sure if I could come up with the money to move my trailer.”

Eviction of the trailer park children. There goes the validity of yet another claim of Mon Schools that the Mileground site was a good site.

Great job, Mon Schools. You really do the county proud.

The trailer park giving the residents a 90 day eviction notice on March 8 allows the children to finish their school year at Woodburn Elementary. After which, who knows where they will wind up? The children and parents had been led to believe by Mon Schools that they would be attending a new ecologically oriented school in their backyard. Instead a parking lot has been schematically designed in place of their trailers (see below). And the play field where their children were to play at the new school is also now planned to replace their trailer sites. Cruel irony.

All the while Mon Schools has insisted that it was unwilling to forcefully evict residents in Woodburn to expand the Woodburn schoolgrounds (though no such evictions were ever needed or to our knowledge ever even suggested by the public), but apparently Mon Schools has no problem ensuring that parents and children will be evicted from its perversely preferred site on the Mileground. Ensuring eviction is precisely the consequence of Mon Schools’ current informal but pending deal to buy the land. 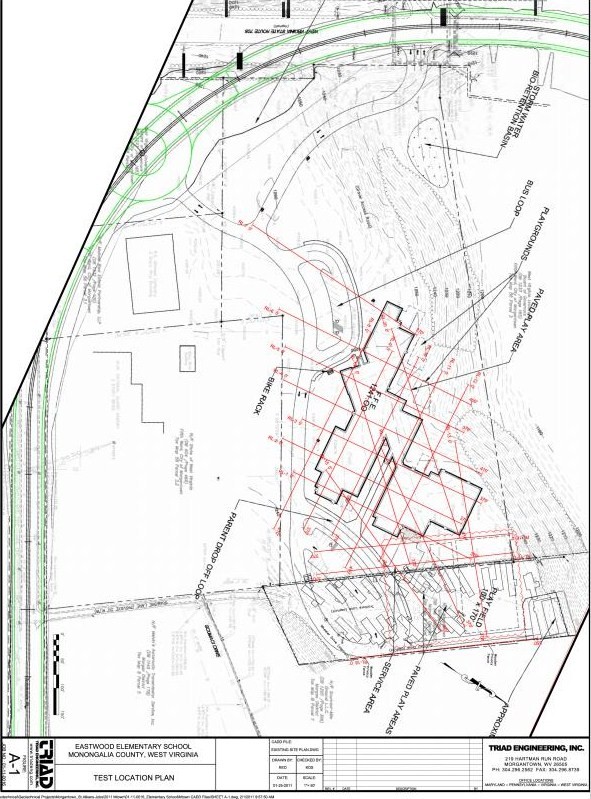 Read the rest of t

« BOE Operating Underground Once Again?
Mon Schools and the SBA Puking on the Public »
%d bloggers like this: