COST OF THE FIASCO:

[Update: On April 15, 2012, the Dominion Post reported that Mon Schools’ architect upped the estimated cost of Eastwood by $2.5 million to $17.6 million, which we had long since anticipated and explained. Add in the approximately $4 million in land acquisition and other costs, and the overall cost of Eastwood surpasses $21,000,000, which again we have long since estimated (see below), and which is a cost far, far higher than has ever been previously admitted or in any way put forth as even a possibility by the officials. And again, for reasons we have long since explained, the total costs could go far, far higher, if they haven’t already.]

TABLES 1 & 2 COSTS DO NOT INCLUDE “OTHER COSTS” (ESTIMATED):

Total costs above are a rough estimate based on limited information. Mon Schools should feel free to add detailed input on these costs estimates, at any time. What a good public service that would be.

[Update: As more data continues to come out, our estimates have proven to be right on target. The Eastwood Elementary project is on track to cost about $21 million. The Board expects to have “full and cleared title” to the entire site by July 15, 2011. Soon to be released construction bids will tell us more.]

Mon Schools: We will throw your child into traffic and pollution and be proud, proud, proud of doing so.

Tables below by Williamson Shriver Architects. 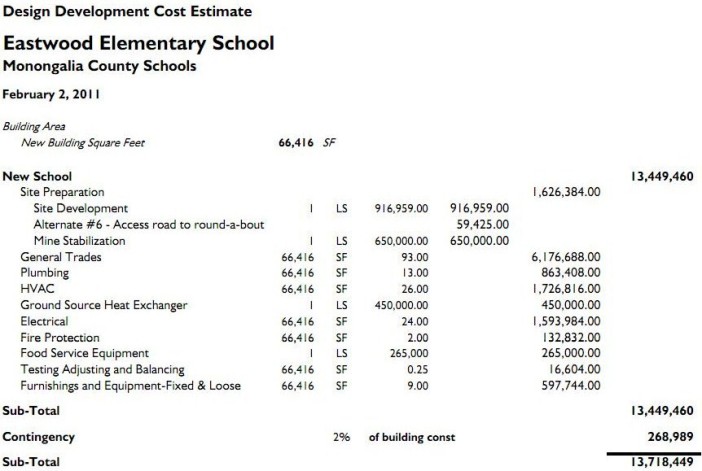 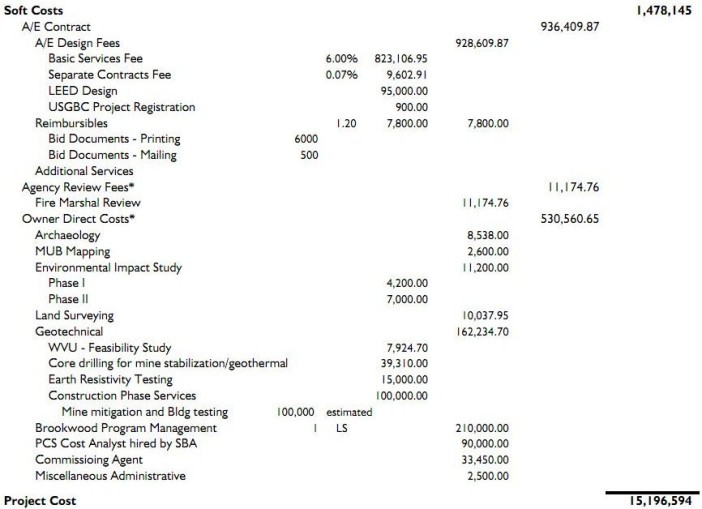